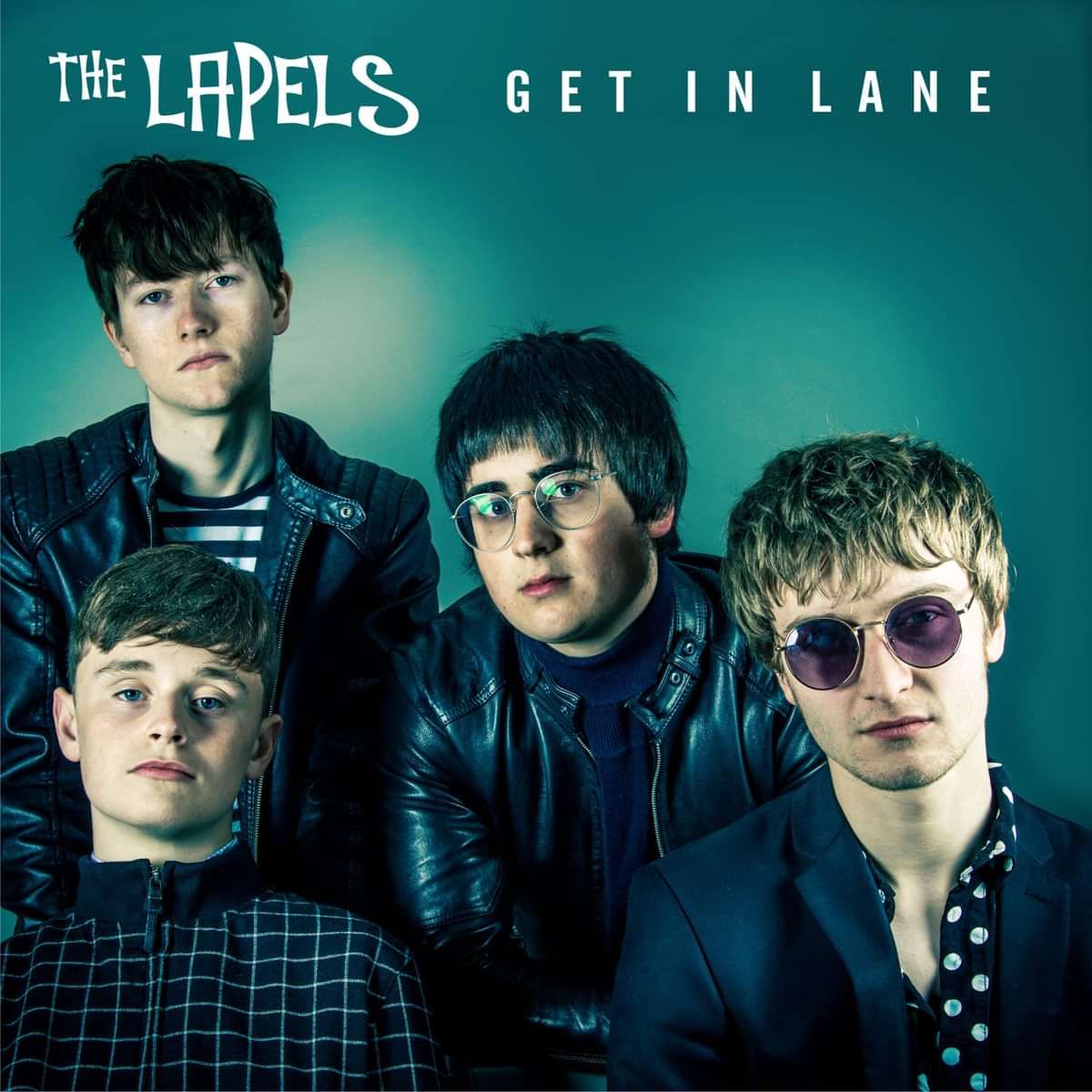 Our third single 'Get In Lane' b/w British Hall Of Famer is out now! 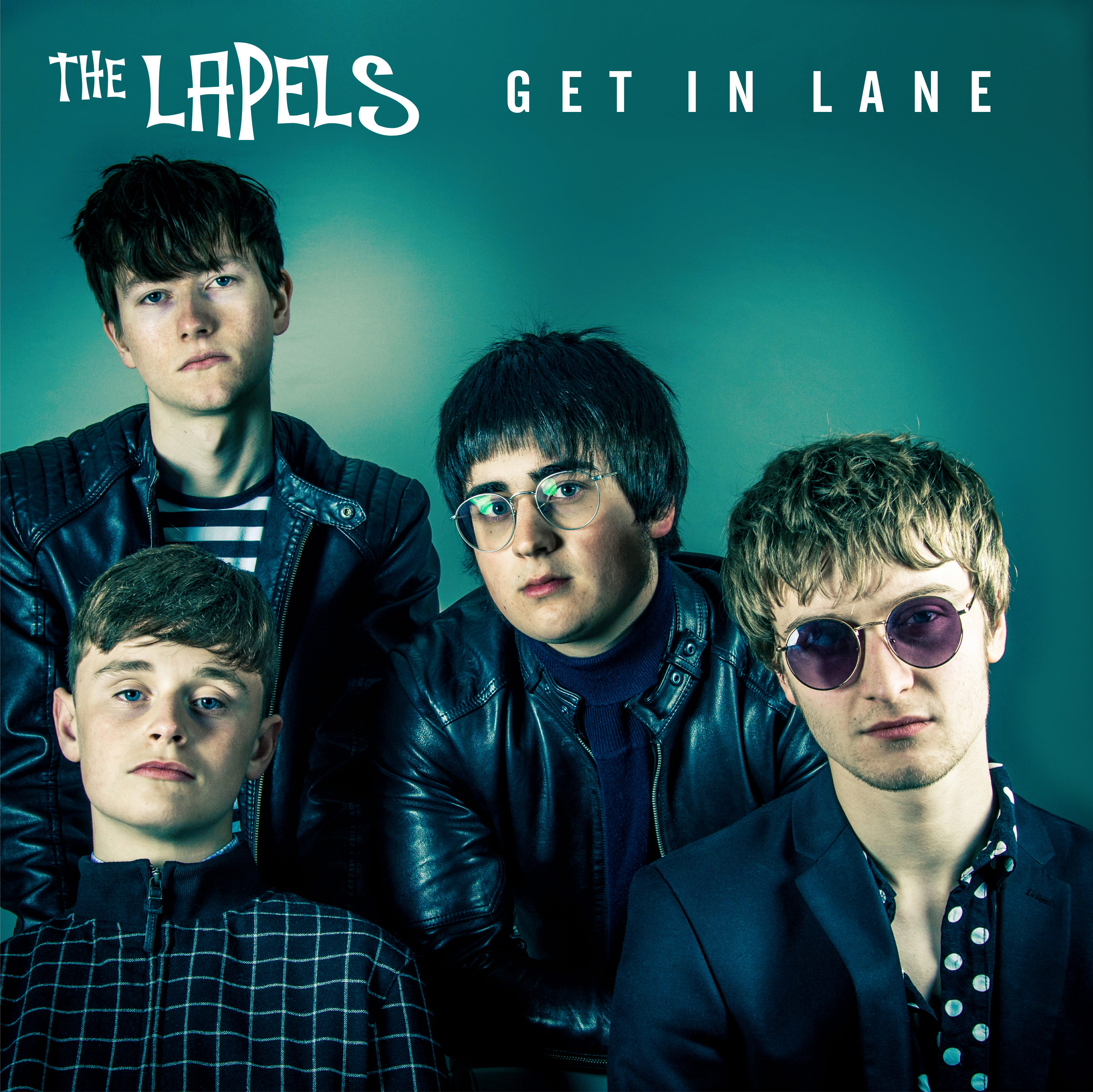 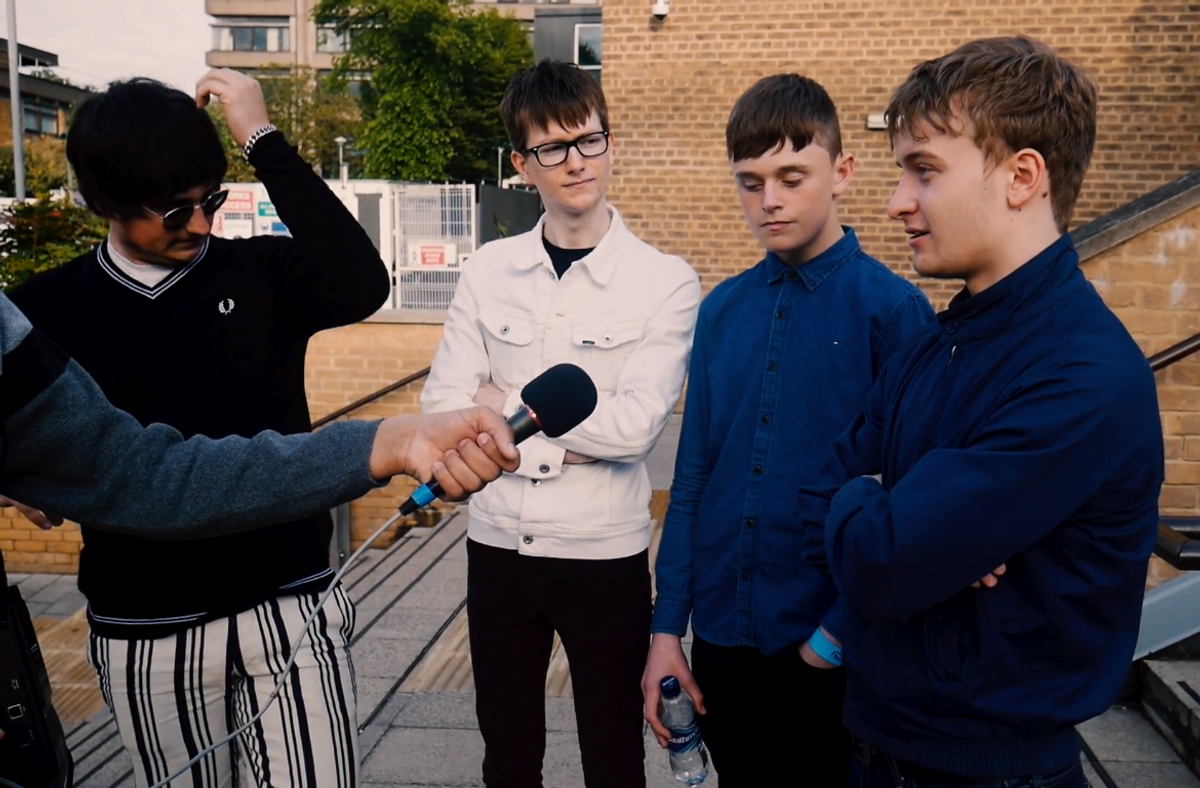 We returned for another music-filled chat with the excellent Dylan Rana. This time, we covered growth as a band and non-stop gigging before our support set for Gazelle at the O2 Academy Leicester. Watch the Full Interview here: 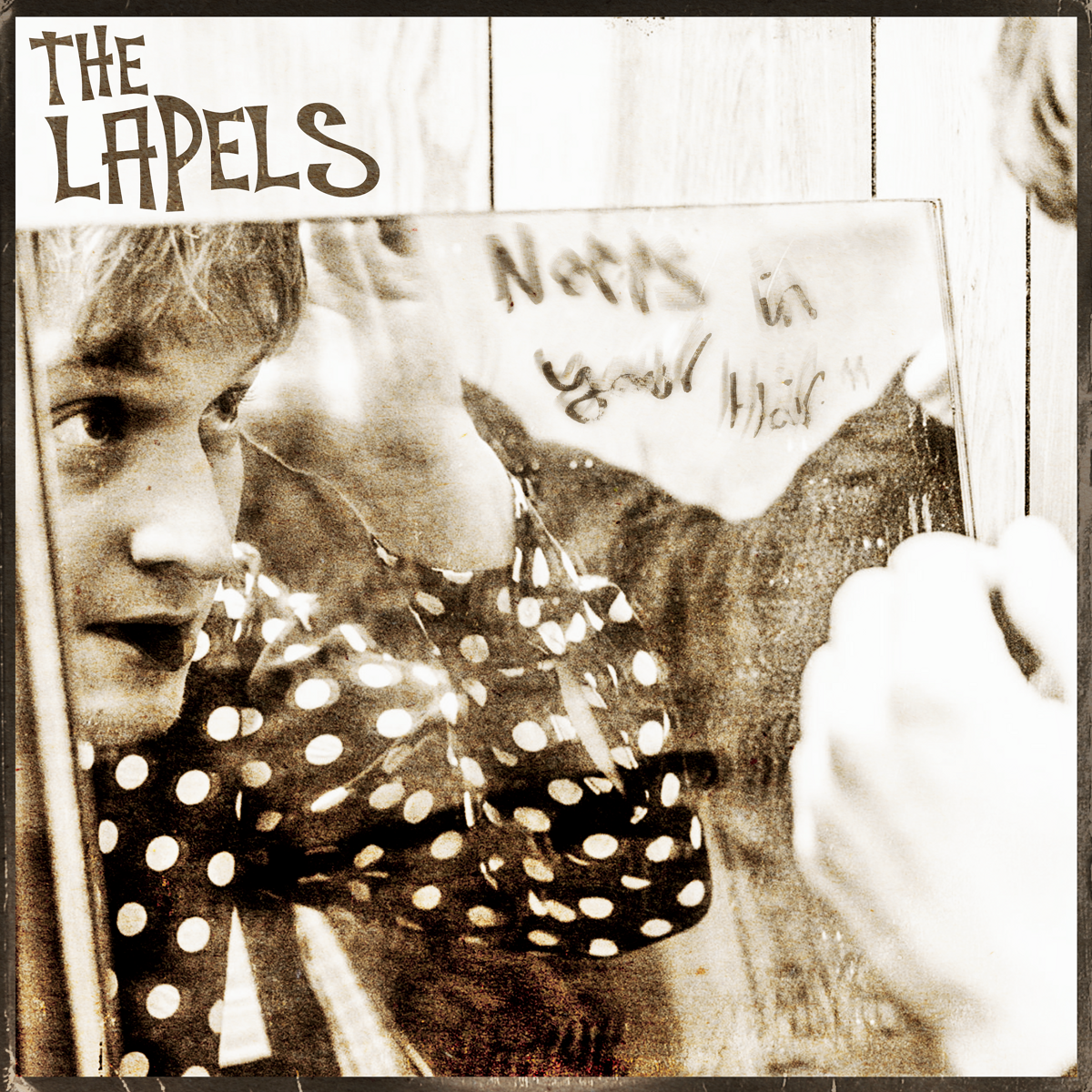 Our second single ‘Notts In Your Hair' is out now!

You can purchase via iTunes, Amazon Music, Google Play and all good digital stores.
Or stream via Spotify, Deezer, Apple Music etc.

Notts In Your Hair - Single by The Lapels https://itunes.apple.com/gb/album/notts-in-your-hair-single/1455864484 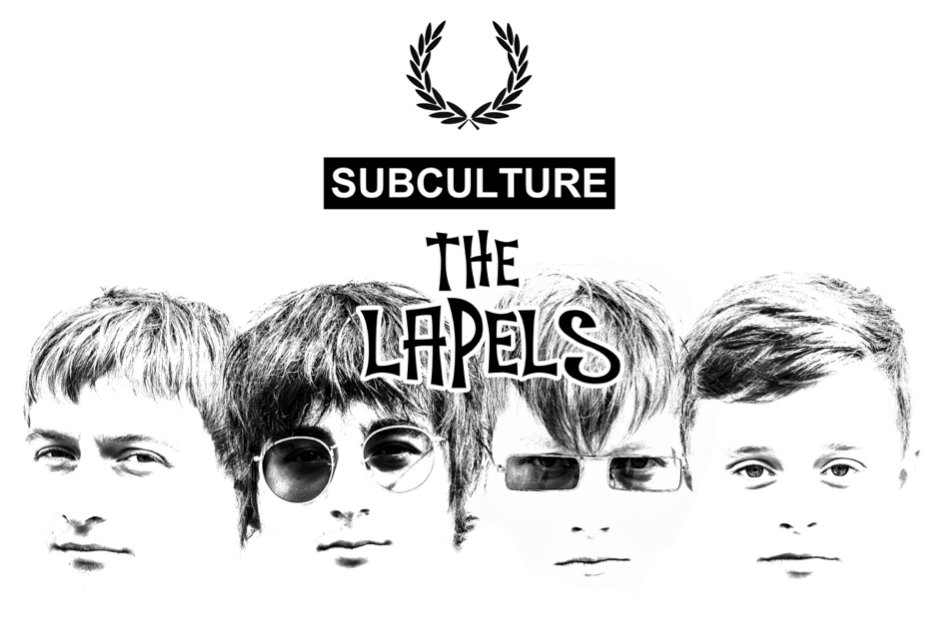 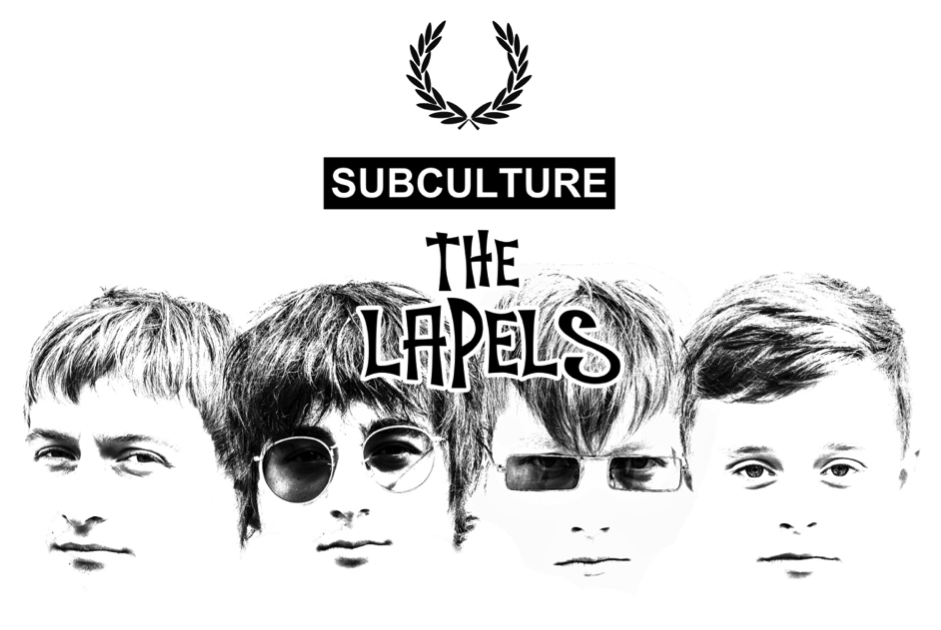 Name, where are you from?

Describe your style in three words?

Nathan: Proper good taste! There we go…… Andy: The Bees’ knees Will: Have No Idea

What’s the best gig you’ve ever been to?

Nathan: That’s quite a tricky question for me, in terms of pure madness I’ve gotta say Sleaford Mods ‘cos that was just mental but overall I’d probably go with The Stone Roses just because its iconic. Andy: Gotta be either Stone Roses at Wembley or Sleaford Mods at Rock city, despite being at complete opposite ends of the spectrum both made me lose my head, I was with Nat from the band at both those gigs and they are memories that will always be with me. Will: 'King Gizzard and The Lizard Wizard' at the O2 Brixton Academy, and will probably remain as the most bizarre band I'll ever see.

*If you could be on the line up with any two bands in history?*

Nathan: I’d probably wanna be on the line-up with The Jam and The Libertines, bet that would be a right good laugh! Andy: The Libertines or The Beatles. The Libs for the pure chaos of it and the Beatles because you get to share the stage with god. Adam: The Beatles and The Jam, no question. Will: Blur and Small Faces.

Which subcultures have influenced you?

Of all the venues you’ve played, which is your favourite?

Nathan: I think the best venue that I’ve played would either have to be the Pavilion in the Isle of Wight or the Firebug in Leicester. Andy: Probably the Pavilion in the Isle of Wight, proper rock ‘n’ roll do that was, although we’ve played pubs before where the roof came off so who’s knows really as long as the band are top and the right people are there that’s all you need. Adam: The Venue, right here in Derby. Will: I enjoy playing Rough Trade in Nottingham, always get a good crowd.

Your greatest unsung hero or heroine in music?

Nathan: My greatest hero in music is John Lennon without a doubt. Andy: To people who know, Pete Doherty isn’t an unsung hero but by the mainstream media and population in this country I’d say he is massively underrated, adore the bloke. Adam: Buddy Rich, He is a drumming legend. Keith Moon too! Will: Syd Barret – One of the founding members and original frontman and leader of Pink Floyd (leaving after their first album). Though he’s not exactly unsung I feel his Solo and Pink Floyd work gets pushed aside as ‘cult’ and overshadowed by the massive albums the band would release in the 70s.

The first track you played on repeat?

Nathan: The first track I played on repeat was probably an Oasis song, maybe Cigarettes and Alcohol. I remember sitting in front of this desktop computer in the living room with some headphones listening to Oasis tracks because I’m pretty sure my dad had that album in the car when I was little so I’d always hear them. Andy: Tomorrow never knows - The Beatles. Revolver was the first Beatles album I listened to properly from start to finish and it’s been doing my nut in ever since, especially that last track. Will: The Kinks - Village Green: I don't know why I like it so much but I do ha-ha

A song that defines the teenage you?

Nathan: I’d probably have to go with I’m only sleeping by The Beatles ‘cos I spend most of my time in bed. Andy: Ritz to the rubble - arctic monkeys. Played it on the bus to school everyday day for a year, it definitely made me wanna shake things up a bit when I’d hear that. Will: I listened to a lot of Blur in my teenage years so I’d probably go with There’s No Other Way.

One record you would keep forever?

Nathan: Would have to be Sgt Pepper just because it’s the greatest album ever made and will never be topped. Andy: The Kinks - village green preservation society, mainly ‘cause I don’t own it and I want it so if you could send us one over that’d be alright, an original though, none of that re-pressed rubbish. Will: The Beatles Self-titled (Aka White Album) – There’s so much diversity of genres, themes and tone on that album that I rarely get bored listening to it.

A song lyric that has inspired you?

Nathan: That’s quite difficult actually, there’s so many but I’ve always loved, ‘the last thing that I saw as I laid there on the floor was a Jesus saves painted by an atheist nutter and a British rail poster said have an away day, a cheap holiday, well do it today! I glanced back at my life and thought about my wife ‘cos they took the keys and she’ll think it’s me. I’m down in the tube station at midnight, the wine will be flat and the curry’s gone cold.’ Andy: That’s always a hard question to answer, there’s a lot... but if I had to say one of them it’d be, “if you’ve lost your faith in love and music then the end won’t be long” - The libertines Will: The voyage to the corner of the globe Is a real trip: Ocean Man by Ween. Life is a voyage, and we can only hope that's it's a 'real trip'.

The song that would get you straight on the dance floor?

Nathan: Going by my previous nights out I’d say Common People by Pulp never fails to get me up on the dance floor! Andy: Babies - Pulp Will: Ocean Man - Ween, Complete banger, I'd cut some shapes to that anytime.

A song you wished you had written?

Nathan: Too many to choose from but probably Strawberry Fields if I had to choose one. Andy: Hooky Street (Only Fools and Horses). Cause why not aye! Will: Any 60s Kinks song

Best song to turn up loud?

Nathan: Down to The Doctors by Dr Feelgood. A proper rock n roll tune that. Andy: Come and have a go - The Lapels (Cmon...) Will: Ocean Man - Ween, I've gotten through 3 different pairs of home speakers listening to this, frankly it's an insult playing it on a low volume.

Nathan: I’m proper into Hyperbolicsyllabicsesquedalymistic by Isaac Hayes at the moment which I guess people wouldn’t expect me to like. Andy: Mr Blue sky ELO. The song that’s played in the Birmingham city ground before kick off (I’m a blues fan) It just reminds me of standing behind the 18 yard box singing my heart out. Will: That’s a hard one for me… I’d probably say Ocean Man by Ween.

Best song to end an all-nighter on?

Nathan: I’d say Odgens Nut Gone Flake for the end of an all-nighter when it all starts to wind down and you just sit talking nonsense to each other. Andy: Loaded by Primal Scream. Will: Ocean Man - Ween, though if someone starts spinning that gem, I don't see the night ending any time soon.

Any new bands you are listening to right now?

Nathan: None, ‘cos there aren’t any decent bands around, apart from us of course. Andy: Nah don’t reckon much to anyone out there at the minute, more the motivation for us to come along and upset the apple cart Adam: Not really, I’m still listening to bands like The Libertines and Arctic Monkeys. Will: The Orielles are pretty cool, supported them a couple years back and grabbed their debut album last year, should definitely check it out!

You can find out more about The Lapels at www.thelapels.co.uk 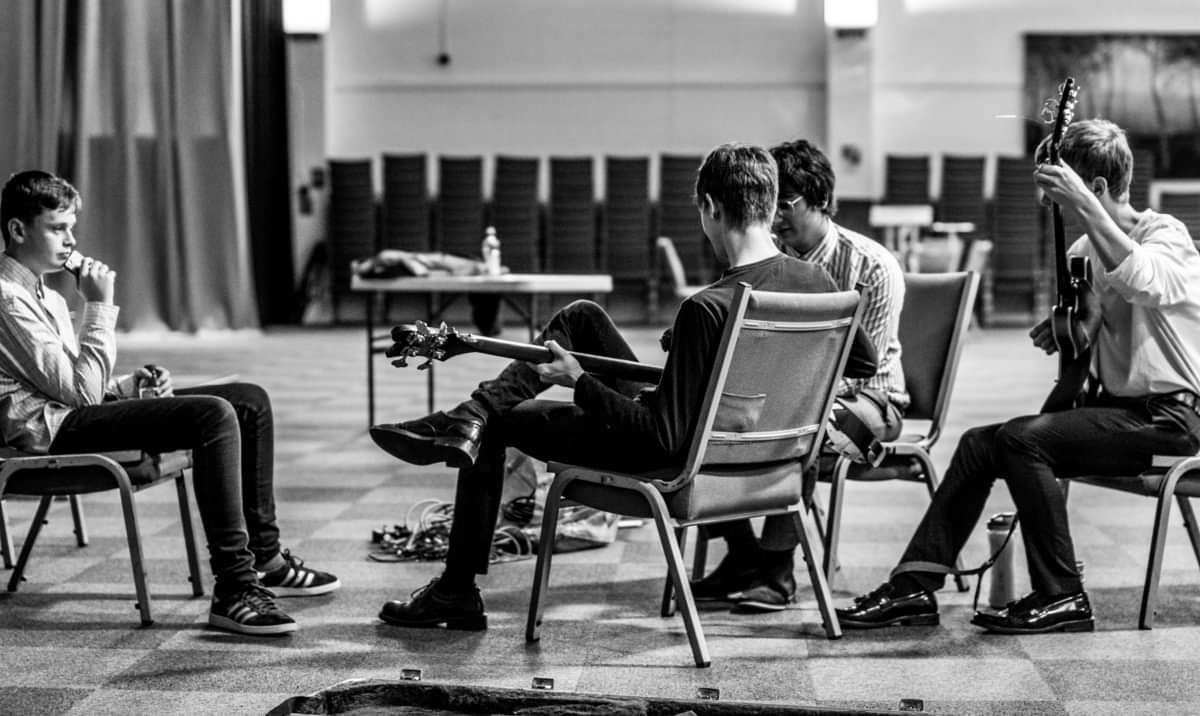 Our debut single ‘Come And Have A Go' is out now!

Available NOW on 7” Vinyl in a gatefold sleeve https://www.thelapels.co.uk/shop

Or you can purchase via iTunes, Amazon Music, Google Play and all good digital stores. https://itunes.apple.com/gb/album/come-and-have-a-go-single/1447176945 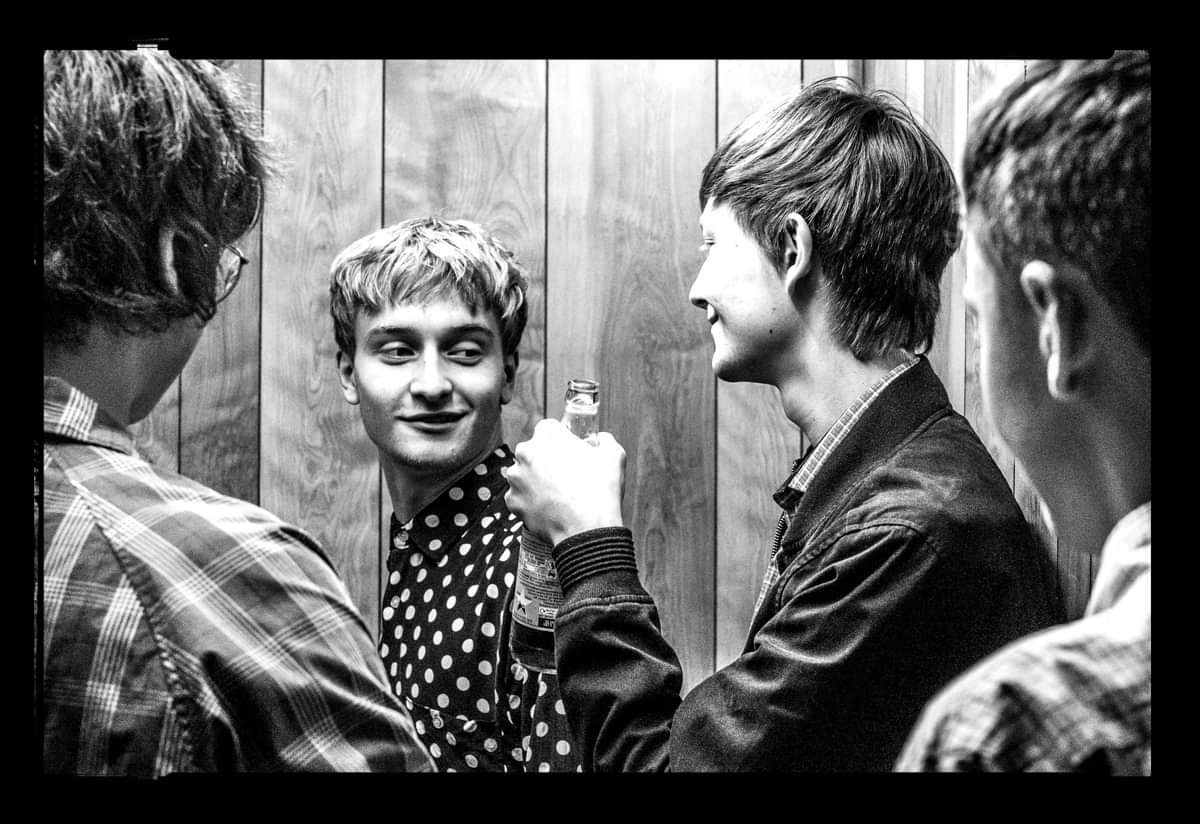 Just eleven months into their gigging career, The Lapels, a young four-piece band from the East Midlands, have already established a steady following.

The Lapels build their following everywhere they play - their growing fan base, which spans a vast age range, is proved by the growing numbers of familiar faces at their many gigs over past year.

The band’s debut single, ‘Come And Have A Go’, is pure energy and power.

The track is a fresh, high energy indie infused classic.

‘Come And Have A Go’ b/w This Wretched Town will be available on 7” Vinyl and all digital streaming platforms from January 19th 2019.

By signing up you agree to receive news and offers from The Lapels. You can unsubscribe at any time. For more details see the privacy policy.